The Nightmare Of J​.​B. Stanislas (The Cuts) 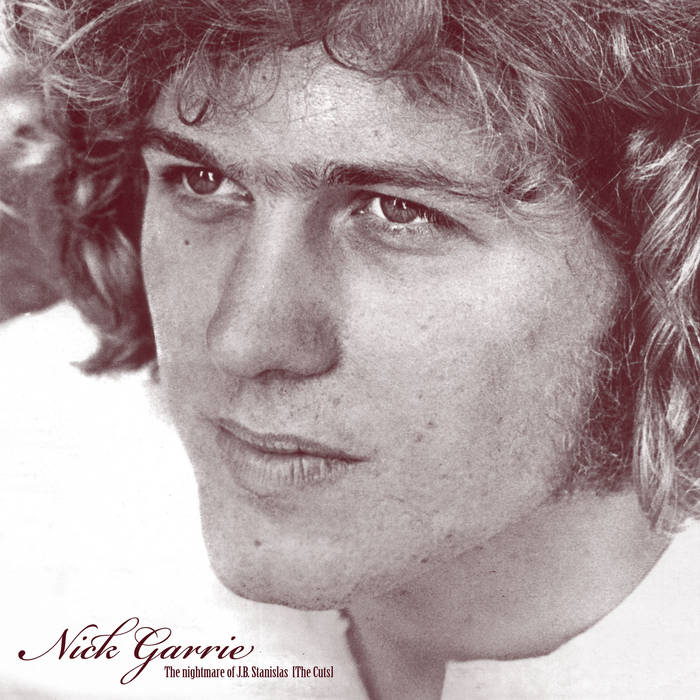 This Single is only available in digital format

“The Nightmare Of J.B. Stanislas” could be the last cursed disc in history. Now that it's celebrating the 40th anniversary of its release, we can also celebrate the fact that Nick Garrie, the disc's author, has finally begun to receive all the recognition he deserves. First, through those album tributes that the Scottish music scene toasted him with, which got together with him to help him record “49 Arlington Gardens”, his last album, which was released in 2008, with Duglas T. Stewart (BMX BANDITS), Norman Blake (TEENAGE FUNCLUB) and Ally Kerr, among many others. But also because so many artists have raised their voices to call attention to one of the most interesting, as well as one of the most unfairly forgotten songwriters of the last century. Which is how CAMERA OBSCURA recruited him to open their London concert in Shepherd's Bush Empire in the biggest way possible, and why musicians like Gary Olson of LADYBUG TRANSISTOR, the very Tracyanne Campbell, PYGMY and Guille Milkyway (LA CASA AZUL), have expressed their deepest admiration for this British singer-songwriter, whose fame reaches from Japan to the United States, where the elegies have been unstoppable. Stanislas will finally see the light after 40 years of darkness, and the news is spreading like wildfire.

It was compared by critics, a posteriori, with other historical discs from that era like “Sgt. Pepper's Lonely Heart's Club Band” by THE BEATLES and “Smile” by THE BEACH BOYS.

This Digital Single contents “The Cuts”, three lost tracks from the “The Nightmare Of J.B. Stanislas” era that were never recorded or released, plus a cover version of “Que Sera, Sera (Whatever Will Be, Will Be)”, one of Nick's mother's favorite songs, that Nick recorded for the occasion in Glasgow's “Riverside” studios with the collaboration of the Scottish super team, headed by Duglas T. Stewart and Duncan Cameron as the sound engineer (DELGADOS, TRAVIS, TRASHCAN SINATRAS). A fifth song finishes “The Cuts”, the precious and bare “Josefina”, recorded in French, this time again in Portugal, this past April, 2009.

Bandcamp Daily  your guide to the world of Bandcamp